Vikram Vedha Teaser has been released on 24th August, 2022 and from what it seems, this film could save Bollywood from the current state of #boycott trends and disappointing box office returns. The Hindi remake of a much-loved Tamil movie, Vikram Vedha Teaser has created quite a buzz on the internet after unveiling the film’s first looks. Find out all about the interesting teaser of the Vikram Vedha only on Money Niyantran and don’t forget to follow us for latest entertainment news.

Directed and written by Gayatri and Pushkar, the filmmaking duo who helmed the original Tamil version, Vikram Vedha Teaser introduces us to the two main characters – Saif Ali Khan as a cop and Hrithik Roshan as a gangster. The clash between the two is what appears to be an intense battle between evil and good. The film also features multiple talented actors like Radhika Apte, Sharib Hashmi, Yogita Bihani and Rohit Saraf.

Immediately after the trailer of Hrithik and Saif’s upcoming film was released on Wednesday, fans and Bollywood actors have received it warmly. From Kareena Kapoor Khan to Abhishek Bachchan, all have expressed on social media how impressed they are with Vikram Vedha Teaser. Vicky Kaushal, who moved everyone with his mature performance in Sardar Udham has commented: ‘First day first show!’ and Rakesh Raushan has written ‘God bless all’. 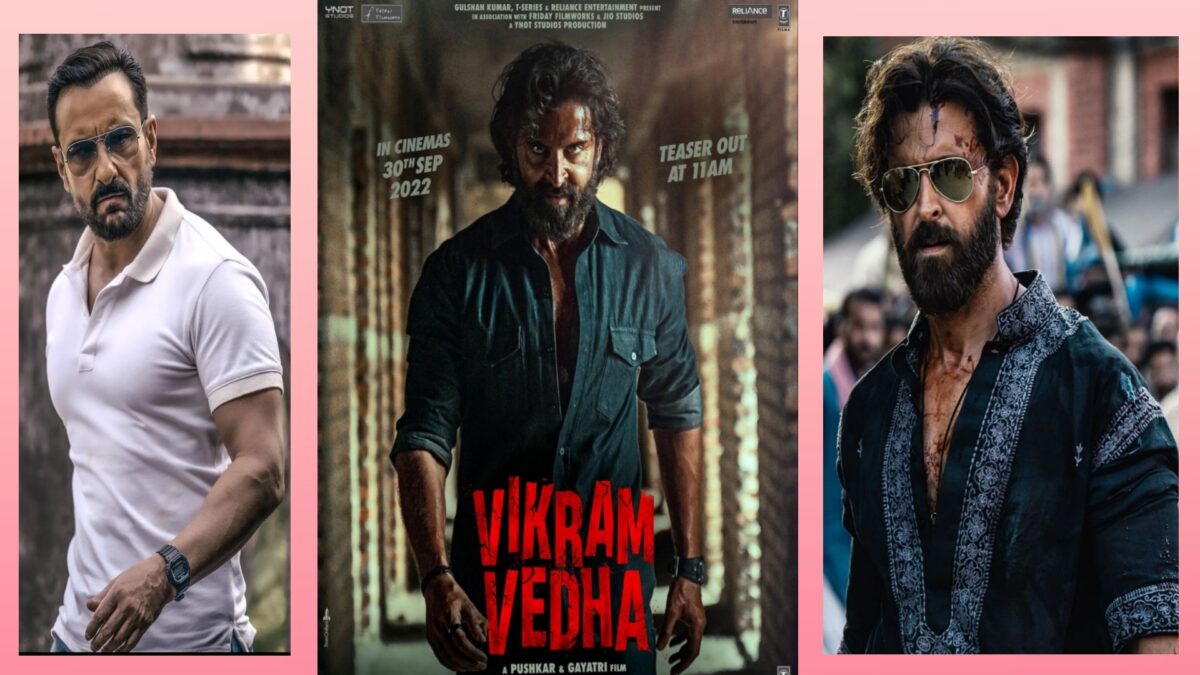 Vikram Vedha Teaser ends with an intriguing statement made by Hrithik Roshan which increases the suspense: “It’s easy to choose between good and bad. But in this story, both are bad.” Fans are already excited to watch the movie on the big screen. If you too wish to watch it in the theatre, the film will hit screens in the festive season of Durga Puja and Navratri. The release date of Vikram Vedha has already been decided as 30th Sept, 2022. And if you still haven’t seen the teaser, what are you waiting for?