Latest updates on Real Madrid vs Club America preseason friendly at San Francisco’s Oracle Park: Karim Benzema’s world-class goal in his first ever preseason match was a treat to the eyes. But Club America beautifully held defending Spanish and European champions Real Madrid to a draw of 2-2.

Club America’s team took a lead right from the beginning of the match, but Benzema quickly equalized the game with his perfectly placed low curler. The Frenchman got the entire first half to showcase his talent and Eden Hazard later replaced him post the break.

The draw was a deserved outcome for Club America which had earlier lost 2-1 to Manchester City and Chelsea in friendliest played in the past week. So, it is expected that the latest match of Real Madrid vs Club America will give the team the motivation to pick up the pace which will be much needed in the Liga MX season, where it had won one out of four matches.

Real Madrid will compete against Juventus in another preseason friendly in the United Satets of America before concentrating on the first piece of silverware that will definitely be up for grabs once they face Eintracht Frankfurt, the Europa League winners on Aug 10, in the UEFA Super Cup.

Real Madrid has won the La Liga and the Champions League with a tried-and-tested formula that is not going to change in the upcoming matches. They won’t bother about outplaying their opponents as long as their most reliable players continue to score goals. 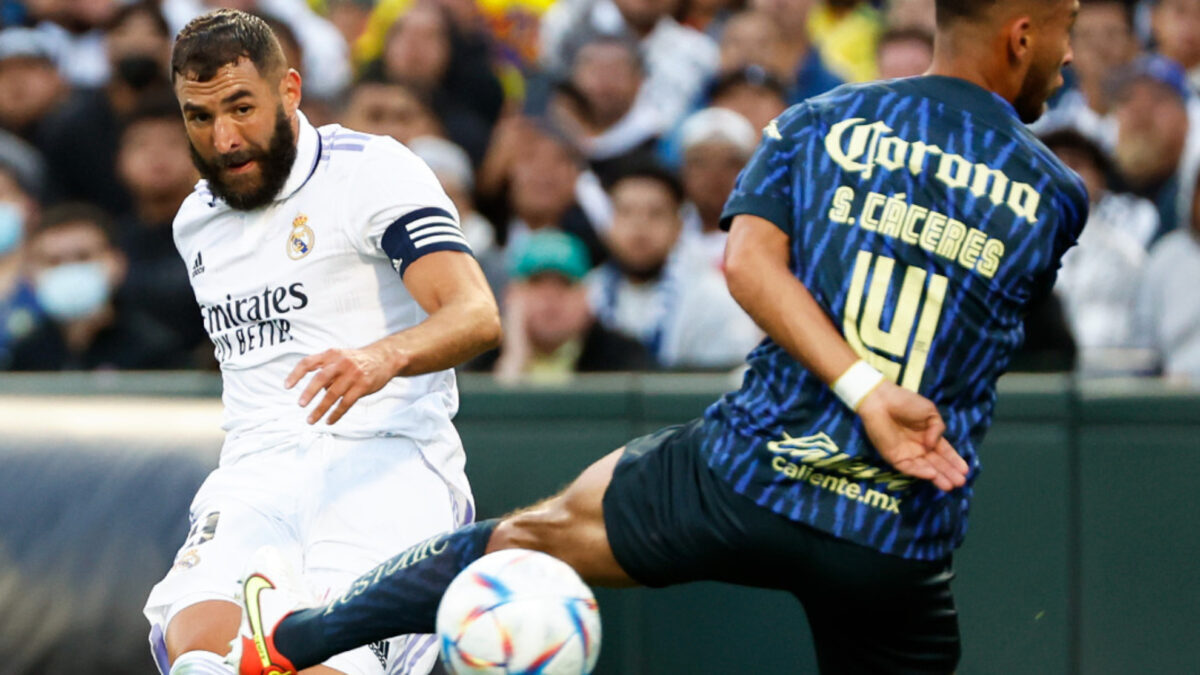 Karin Benzema will turn 35 in the December of 2022. He is pretty much the Guardian Angel, the difference-maker in Real Madrid’s attack game. He got just 22 minutes prior to the halftime whistle in his pioneering preseason friendly and yet smoothly made an exquisite strike. The Frenchman is most likely to take home the Ballon d’Or this year and is wreaking havoc.

It was evident that in the recent Real Madrid vs Club America game, Club America faced difficulties tracking Benzema’s movements when he assumed the attacking position. His combination game with his teammates and his vision make him Real Madrid’s star player in the true sense of the term. So, fans will clearly witness more of Benzema’s magic in the field this season.