Happy Birthday Sourav Ganguly: 8th July is the 50th birthday of the Indian Legend, Sourav Ganguly, often addressed as ‘Dada’ by his beloved fans. On the special day of the great mentor, the fearless leader and the flamboyant batter, let us look back at his most remarkable contributions to Indian Cricket.

One of India’s greatest crickets, Sourav Ganguly, turns 50 on 8th July, 2022. We wish a very Happy Birthday to Sourav Ganguly. The ‘Prince of Kolkata’, even years after his retirement, is the person who revolutionized Indian cricket. The confidence and battling spirit showcased by the Indian Cricket Team while playing international matches are attributes instilled in the team by Ganguly.

A left-handed batter, Dada was a gifted stroke-master and an aggressive hitter. It was a treat to the eyes to watch his signature cover drives and brave cut shots. During his inspirational journey, he represented his country in 113 Test Matches and 311 ODIs, garnering 7212 and 11363 runs respectively. 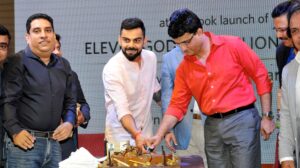 PM National Apprenticeship Mela: 200+ venues, are you eligible to apply?