After two consecutive years of restricted celebrations because of COVID-19, Ganesh Chaturthi 2022 preparations and celebrations are in full swing. On the first day of the festival, we welcome Lord Ganesha by installing his idol in our home. If you are celebrating Ganesh Chaturthi with your loved ones this year, we’ll tell you all about Ganesh Sthapana, Puja Vidhi and Visharjan in this article.

There are several interesting tales about the birth of Ganpatti Bappa, the elephant-headed deity and here’s the most popular one. According to ancient mythology, Mata Parvati made Ganesh from sandalwood paste, gave life to the idol and asked him to guard the gate. Ganesh, unaware of the identity of Lord Shiva, prohibited him from entering the abode. The child’s audacity angered Lord Shiva so much that he separated his head from the body.

Mata Parvati was heartbroken and wanted her son back. Lord Shiva instructed his followers to fetch him the head of any baby animal and this is how an elephant’s head got attached to Lord Ganesh’s body. The day is celebrated as Ganesh Chaturthi with great pomp since then and Ganesh Chaturthi 2022 will be no exception.

Even if the tithi will fall between Aug 30 and Aug 31, the festival will commence on 31st August, 2022. The tithi time has already started at 3:33 pm on Tuesday and will end on 3:22 today. Perform the ‘puja’ after taking a shower and definitely serve ‘modaks’ which is Ganesha’s favorite sweet. The 10-day festival will end on 9th September, 2022 and on that day, devotees will bid adieu to Ganpati Bappa by immersing the idol in a waterbody.

Avoid Gazing at the Moon on Ganesh Chaturthi 2022 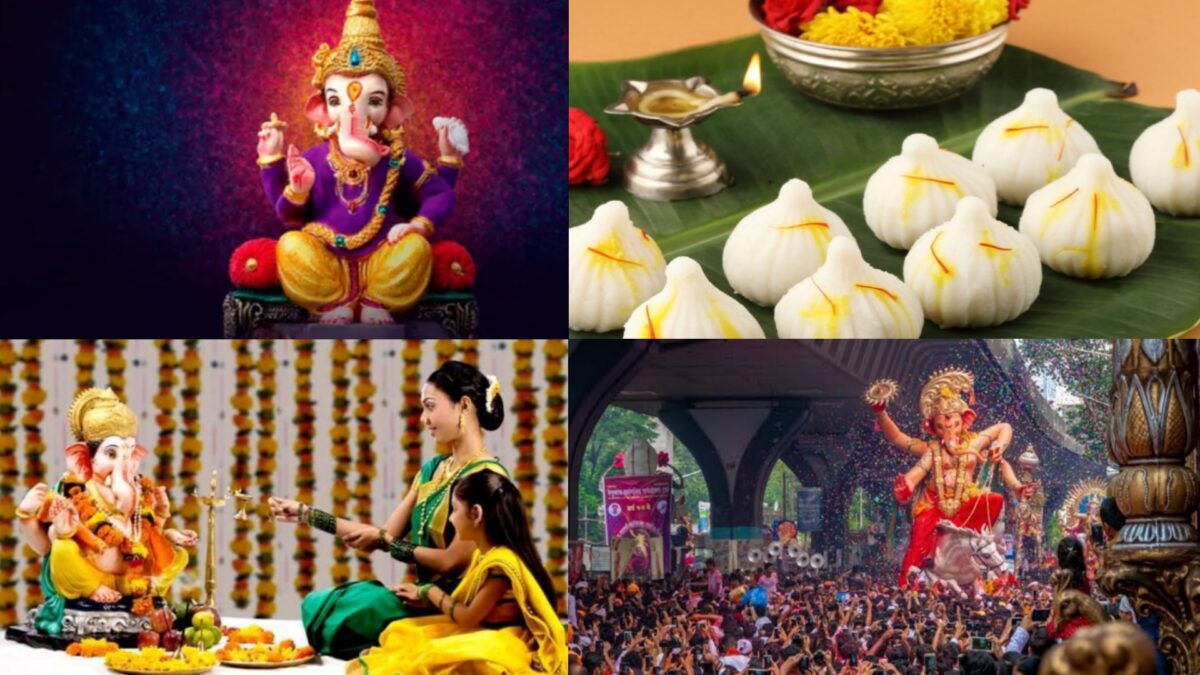 As per ancient beliefs, on the night of Ganesh Chaturthi 2022, devotees should avoid looking at the moon. Moon sighting on this day creates a Mithya Kalank or Mithya Dosham on the person and so, try not to look at the moon just for tonight.

It is believed that praying to Lord Ganesha and celebrating Ganesh Chaturthi with utmost devotion leads us to the path of wisdom and knowledge. Let us pray that Lord Ganesha ends everyone’s sufferings, the reason why he is also known as Vighneshwara/ Vighnaharta. Happy Ganesh Chaturthi 2022 to everyone out there!