Twin Towers demolition in Noida was truly a sight to behold, a jaw-dropping spectacle made possible by the ‘waterfall implosion’ engineering technique. Chetan Dutta, the famous Indian demolisher, has confirmed that the incident has caused minimal damage to nearby structures. In his words: “About 3-4 metres of the boundary walls of ATS Village has been damaged. Everything went according to our prediction. When we gathered about 70 metres away from the twin towers before pressing the button, no one was talking to anybody. After we pushed the button and everything went perfectly, everyone broke into tears.”

The Twin Towers demolition was done with the help of explosives, with extreme precaution and pre-planning to ensure that it becomes a success and without causing any harm to the residents of Noida. Everyone was removed from the site and then at 2:20 pm, Chetan Dutta pressed the button abiding by the order of the Supreme Court. Apex and Ceyane, Noida’s Twin Towers were constructed within the premises of the Emerald Court in violation of govt. norms. 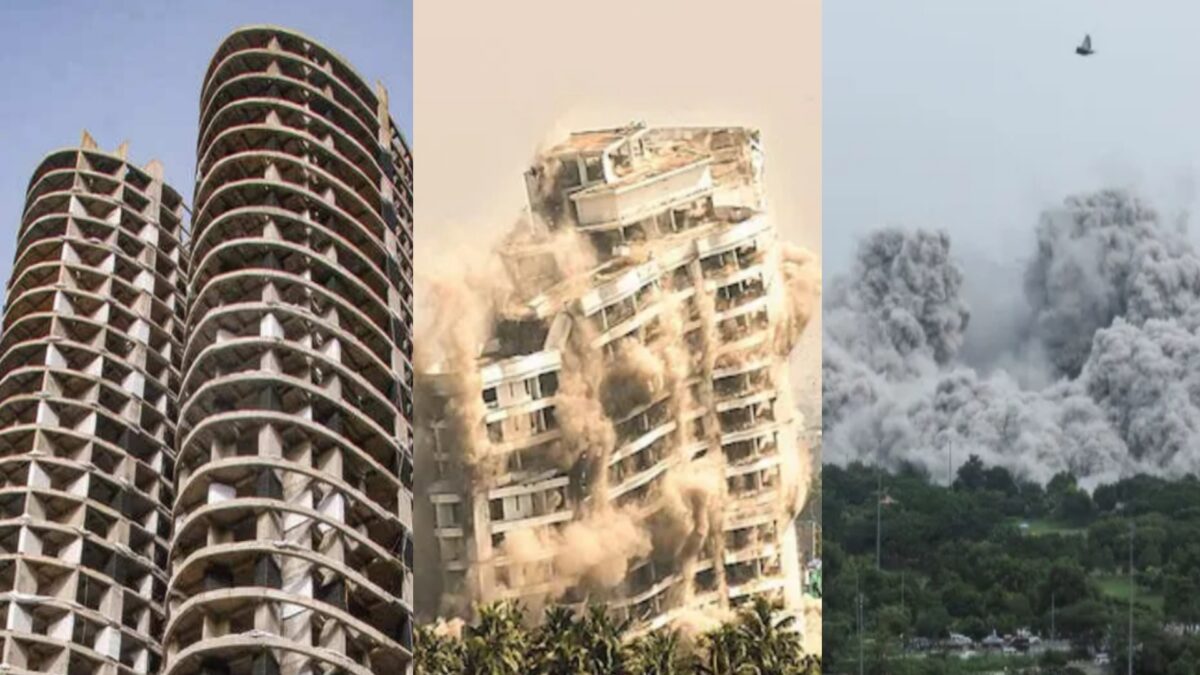 Noida’s Twin Towers demolition will teach a big lesson to stakeholders involved in the real estate industry. The Indian Government has shown it to the world that if building laws are violated, justice will be served. This incident should empower state regulatory authorities to take stern actions against all defaulters and safeguard consumers’ interests.