Emilia Clarke is famous for her role as the dragon queen, Daenerys Targaryen in one of HBO’s most popular series, Game of Thrones. The actress, who has defeated two brain aneurysms while shooting for GOT, speaks about her difficult journey.

Emilia Isobel Euphemia Rose Clarke is a 35-year-old actress and her most loved performance has been her role in Game of Thrones. She has worked on several amazing movies like Me Before You, Solo: A Star Wars Story, Last Christmas and several others.

We all knew that Clarke has been severely sick for the past few years and yet it is remarkable that she still continued to entertain her audience with her bold and beautiful avatar in Game of Thrones. The actress defeated death twice and all of this was happening when she was at the peak of her career and shooting regularly for the biggest project of her life – Game of Thrones. She posts never-seen pictures from her days at the hospital as she opens up about brain aneurysms. Aneurysms are bulges in the brain’s blood vessels, the bursting of which lead to internal bleeding that can cause death.

In a recent BBC interview, Clarke gives her fans a glimpse of her life after surviving the deadly disease twice. She shares detail of her lifestyle post surgeries. She reveals that she is living with ‘missing parts of her brain.’ Clarke tells her fans how grateful she is, “it’s remarkable that I am able to speak, sometimes articulately, and live my life completely normally with absolutely no repercussions. I am in the really, really, really small minority of people that can survive that.” 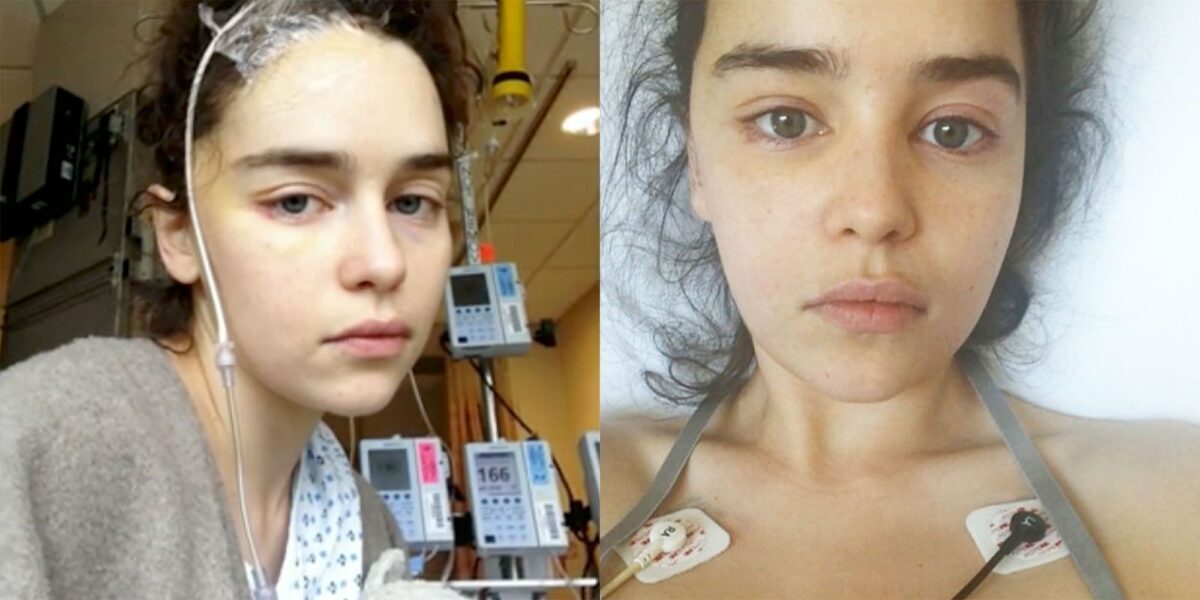 Clarke also showed some pictures of brain scans and reflects on how she felt on seeing those photos: “There’s quite a bit missing, which always makes me laugh.”The path to recovery has been an intimidating one and all we can say is that the ‘mother of dragons’ who defeated death multiple times on Game of Thrones proved that she is truly a warrior. Long may she reign!