Latest updates on Barcelona vs. Inter Miami pre-season friendly: On Tuesday night, Barcelona celebrated their impressive 6-0 win over Inter Miami and the team looked unstoppable throughout the game.

The head coach of Inter Miami, Phil Neville, opined before the game started that the game against Barcelona turned out to be “the biggest match in club history.” Even if that’s true, it didn’t give birth to warm memories at least for the home side. At Ft. Lauderdale’s DRV PNK Stadium, Barcelona ended up embarrassing the MLS club by 6-0 margin in the pre-season friendly.

The Catalan club took the lead right from the start, thus creating more and more pressure on the Inter Miami team. The Inter Miami players tried their best to simply remain in the game. Even if Robert Lewandowski wasn’t in his form to take an active part, the remaining three fresh signings played impressively for Barcelona in the game’s first half. Raphinda also deserves mention for picking up one goal along with two assists, while Andreas Christensen and Franck Kessie played exceptionally well. 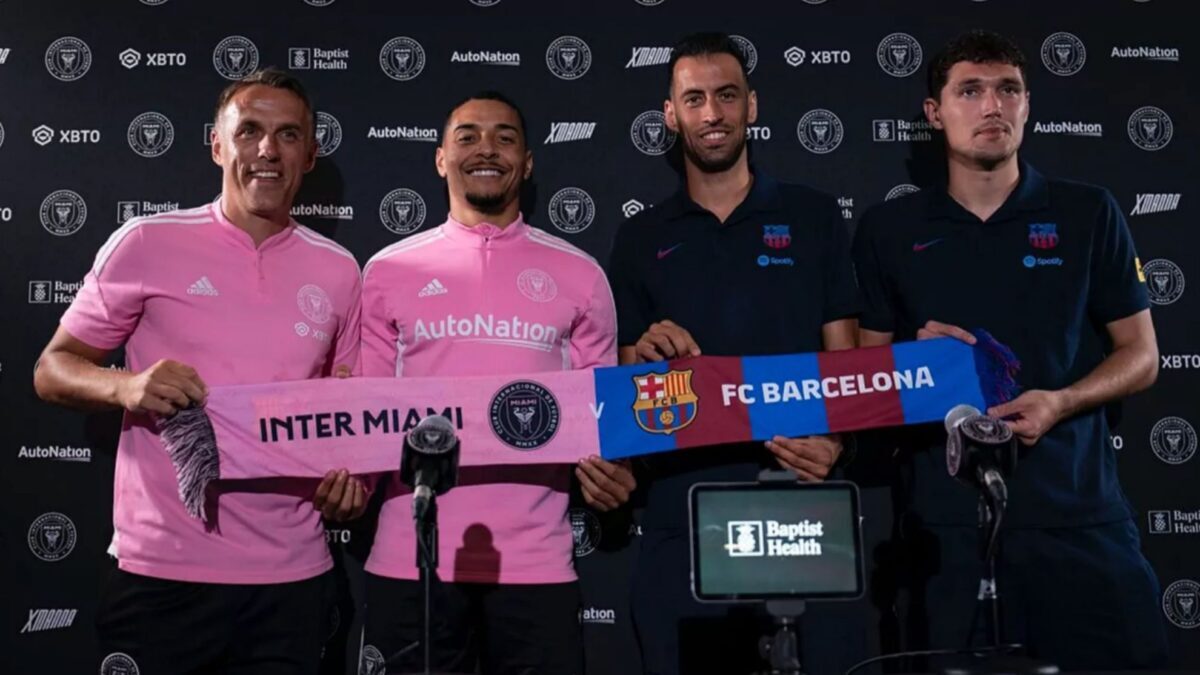 In the second half of the Barcelona vs. Inter Miami pre-season friendly, once again the Barcelona players defeated the Inter Miami team by making three goals against them. Inter Miami gave a chance to both Romeo (David Beckham’s son) and Harvey (Neville’s son), but all these two players could offer was a brief respite from the otherwise one-sided game.

The Barcelona vs. Inter Miami, the pioneering pre-season game in the US, ended well with a remarkable win and some brilliant individual performances. So, we may conclude by saying that the audience witnessed some brilliant instances of attacking football by the creative and agile Barcelona team.