On Saturday, Romanian physicist Ștefania Mărăcineanu has been honoured on her 140th birth anniversary in the form of a Google Doodle. The pioneering women in the discovery and research of radioactivity, Ștefania Mărăcineanu formed Romania’s first laboratory for study of Radioactivity post returning from the Astronomical Observatory in Meudon.

Below lists are her major works as a physicist:

1. Mărăcineanu’s work led to what is the first example of artificial radioactivity. She also dedicatedly spent a major part of her life in researching on artificial rain.

2.She also researched on the link between earthquakes and rainfall, she made the first one to report that a significant increase of radioactivity in the Earth’s epicentre leads to an earthquake. 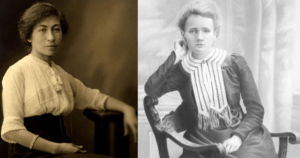 3. Mărăcineanu contributed as a physicist and never attracted a global recognition. However, Academy of Sciences of Romania recognised her work in 1936 and elected her to serve as a Director of Research.

4. During her research on her half-life of polonium, she realised that half-life is based on the type of metal it was placed on, which led her to think if the alpha rays from the polonium had transferred some atoms of the metal into radioactive isotopes.

5. When Irène, the daughter of Marie Curie’s and her husband won a joint noble prize for their discovery of artificial radioactivity, Mărăcineanu asked for the recognition of her contribution in the discovery.

Mărăcineanu is a graduate in physical and chemical science degree in 1910 and began her career as a teacher at Central School for Girls in Bucharest. Later on she pursued graduate research at the Radium Institute in Paris. Mărăcineanu also worked on PhD thesis on Polonium, the element which was discovered by Marie Curie.