The most beneficial outcome of Agneepath scheme is that at least 25% of the employees will be able to continue with their positions in the armed forces. Yes, this is great news for the lakhs of people who will ultimately secure permanent jobs.

Agneepath Scheme is a new recruitment plan by the Indian government on June 14 for motivated and patriotic youth of the nation. Youth recruited under this scheme will be called ‘Agniveers’ and they will be a part of the revered Armed Forces for four years. Protests against this latest recruitment scheme have broken out in multiple states in the country. Protestors claim that this scheme will reduce the armed forces’ operational effectiveness and doesn’t include pension and several other provisions. Army aspirants took resort to violent protests, disrupted traffic and burnt trains in several cities. However, the government has pointed out some excellent benefits of this scheme.

Perks of joining India’s armed forces as an ‘Agniveer’- 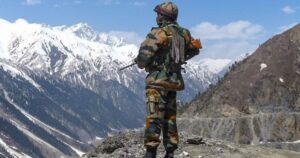