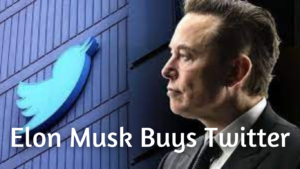 Many Indian mutual funds have the schemes that invest in overseas equities, but Twitter forms only a miniscule part due to its low ranking in terms of market capitalisation.

Elon Musk acquiring Twitter Inc and planning to take it private would not hold much relevance for Indian mutual funds, even if there are a host of mutual fund schemes that invest in global companies, including Twitter.

Market participants say that while Twitter may be playing an important role in influencing people’s views globally, the fact of the matter remains that the microblogging major is still a small company in terms of market capitalisation.

Currently, Twitter is valued at around $39.5 billion, which makes it one of the biggest 500 listed companies of the world but its rank is still in the lows, hovering around 440. It is also a fraction of the FAANG group of stocks – the hugely popular basket of companies among Indian investors.

Apple, which is currently the world’s largest listed company, boasts of a market capitalisation of nearly $2.7 trillion or $2,700 billion.

Meanwhile, companies that go private have to provide an exit option for all shareholders so that they can tender their shares as the acquirer or the company prepares to go private again.

Once the deal dynamics are finalised and all the approvals are received, public shareholders will be given a time frame to tender their shares and the offer price will also be disclosed – Musk has offered to pay $54.20 for each share of Twitter.

Interestingly, an index or a passive fund with growth option will reinvest the money to stay in sync with the index rejig.

“International funds are still very small in India so I don’t think there will much of an impact. Globally as well, Twitter is not a very large company if you see on a relative basis,” says Pratik Oswal, Head – Passive Funds, Motilal Oswal AMC.

“Further, for any passive scheme with the growth option, all cash proceeds from any corporate action like a merger, dividend or a buyout gets reinvested in the scheme and the holdings get rebalanced in line with the index,” he adds.

Meanwhile, Indian individual investors who have bought Twitter shares through global investing platforms like Vested Finance, INDmoney, Stockal or Winvesta among others could keep an eye on any communication that comes their way to explain the process to tender their shares as and when an exit option is provided to the public shareholders.