DHFL account books reveal that the housing finance company has defrauded as many as 17 banks over an amount of Rs. 34,000 crore. CBI books promoters Dheeraj Wadhawan and Kapil Wadhawan in the DHFL Bank fraud case, the greatest banking fraud event of India.

DHFL stands for Dewan Housing Finance Corporation Ltd, with headquarters in Mumbai. It is a housing finance company established to give access to affordable housing finance to groups with middle and lower income in rural and semi-urban zones of India. DHFL has committed the biggest-ever case of loan fraud in the country. Earlier, ABG Shipyard banking fraud worth Rs. 20,000 crore and the Rs. 13,000 crore loan fraud on PNB by Nirav Modi were the biggest instances of financial fraud in India.

When the case was registered on 20th June, an expert team of more than 50 officials from CBI conducted searches in at 12 localities in Mumbai, all of which belong to FIR-listed accused like Amaryllis Realtors’ Sudhakar Shetty and eight other big builders.

The CBI investigation commenced after the Union Bank of India, lead bank in the lender consortium comprising of 17 banks, registered a complaint. As per UBI’s allegations, between 2010 and 2018, the DHFL has extended credit facilities up to Rs. 42,000 crore, out of which a major sum of Rs. 34, 615 crore still remains outstanding. In 2019, the loan was given the status of NPA and was as fraud in 2020.

KPMG conducted a forensic audit of the loan accounts of DHFL in 2020- 2021 and discovered that “large amounts were disbursed as loans & advances by the borrower company to a number of inter-connected entities and individuals with commonalities to DHFL Promoter Entities, which were used for purchase of shares/ debentures.” As per KPMG’s report, majority of the transactions of those individuals or entities were in the form of investments in properties or land. 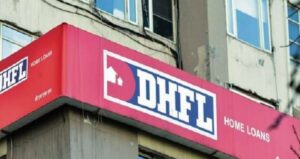 The UBI has claimed that the KPMG audit is a clear proof of DHFL’s financial irregularities, fabrication of the account books to show fake retail loans, diversion of multiple funds through associated parties, round tripping of certain funds and using diverted amounts to create assets.

Promoters of DHFL even disbursed an amount of Rs. 14,000 crore terming it as Project Finance but in their books they reflected the money as retail loans. This created inflated portfolio of retail loans worth aggregating as much as Rs. 14,095 crore outstanding.

Both Dheeraj Wadhawan and Kapil Wadhawan are in police custody. The executives and directors of DHFL kept assuring that they were struggling to de-stress their company employing several diverse means such as securitization of project loans and divestment of the stake of promoters in the company.