86 percent employees in India may resign in 6 months

The report says, this trend will continue across all industries, markets, degrees of seniority, and age groups.

The Great Resignation, sparked by the Covid pandemic, which has already been happening in India for the last two years, is likely to continue in this year too with a massive 86 per cent of employees planning to resign in the next six months, recruitment agency Michael Page stated in the report.

Their findings indicate that 61 per cent of employees in India are willing to accept a lower salary or go for a pay rise or a promotion for better work-life balance, happiness and overall well-being. 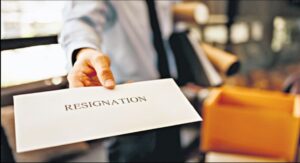 Michael Page in its report titles The Great X stated, “According to our data, not only has it already been taking place for the last two years sparked by the global pandemic 2022 will only see it intensify.”
The report added, “With the clear majority saying a significant talent migration event is upon us in the next few months, we must be ready for it to increase.”

Though there has been a lot of debate about organisations’ work arrangements, hybrid, working from home etc. And also Covid-related regulations prompting employee dissatisfaction, but the survey found that only 11 per cent of employees who have resigned or plan to resign state this as the reason for their resignation.

It also found that the percentage of employees planning to quit their current jobs was the maximum in India, followed by Indonesia, Philippines and Malaysia among the 12 countries surveyed.

You may read also..