A powerful earthquake struck in Afganistan’s Paktika province and parts of Pakistan on Wednesday at 1:54 A.M., killing at least 255 citizens and leaving scores injured.

An earthquake of 6.1 magnitude shook Pakistan and Afganistan early on Wednesday, June 22, 2022. Tremors were felt in the capital city of Islamabad and it eastern Punjab province of Pakistan.

As per the European Seismological Agency (abbreviated as EMSC), as many as 119 residents of Pakistan, Afganistan and India experienced tremors over 310 miles (500 kilometers). In Afganistan, 255 is the number of reported demises, but in India and Pakistan no loss of life has been reported yet. 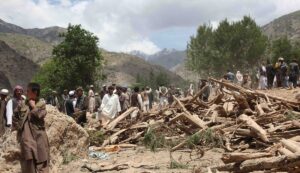 The PMD (Pakistan Meteorological Department) has identified the earthquake’s epicenter in Afganistan, about 44 km SW of Khost and the depth of the quake was 50.8 km. It hit Afganistan at 1:54 A.M. (local time).

Inhabitants of Lahore, Punjab, Peshawar and Islamabad in Pakistan felt the shaking of the earth. Pakistan, which is frequently shaken by quakes of diverse magnitudes, continues to be an active seismic zone. Just 5 days ago on June 17, an earthquake of 5.2 magnitude shook various regions of the country. The most devastating earthquake that hit Pakistan was in 2005 and it claimed at least 74,000 lives.